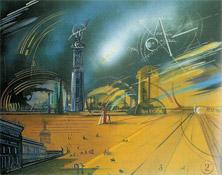 There is a wide range of material available in English on the internet to support an interest in international affairs.

The UK Foreign and Commonwealth Office and US Department of State have web sites, as does Chatham House (the Royal Institute of International Affairs). Sir Brian Barder, a retired British ambassador has a blog called Ephems, where he discusses current and international affairs. He has also written an interesting and useful article entitled Diplomacy, Ethics and the National Interest: What Are Diplomats For? Published by The Hague Journal of Diplomacy 5 (2010) 289-297. A Dictionary of Diplomacy by G. R. Berridge and Alan James has exhaustive contents of the terminology used in diplomacy past and present, while Barrie England’s experience as a British diplomat has led him to devise Envoys’ English with practical exercises for learning the language of diplomacy to complement his Real Grammar language blog. Rogue Diplomat and Charles Crawford are also useful sites.

My own books A Guide to English Language Usage for non-native speakers (a Diccionario de dudas) and Great English Mistakes made by Spanish-speakers are, if I may say so myself, useful for all students of English; information about them is available on the Lavengro Books web site, and I too have a general language blog. George Orwell is known for 1984 and Animal Farm (Rebelión en la granja) but he also wrote an important essay called Politics and the English Language describing how language can be manipulated and distorted for political ends.

Among specifically language resources WordReference is an English-based online dictionary for translation into and from a number of languages, Oxford Dictionaries provides a monolingual dictionary and Chambers Dictionaries provide a range of useful and reliable monolingual dictionaries. Among the media, BBC News and The Economist are reliable sources of a wide range of news, while Open Democracy has serious and interesting comment on international affairs.

This website uses cookies to improve your experience while you navigate through the website. Out of these, the cookies that are categorized as necessary are stored on your browser as they are essential for the working of basic functionalities of the website. We also use third-party cookies that help us analyze and understand how you use this website. These cookies will be stored in your browser only with your consent. You also have the option to opt-out of these cookies. But opting out of some of these cookies may affect your browsing experience.
Necessary Siempre activado

Any cookies that may not be particularly necessary for the website to function and is used specifically to collect user personal data via analytics, ads, other embedded contents are termed as non-necessary cookies. It is mandatory to procure user consent prior to running these cookies on your website.